The 2023 Eastern Iowa Honor Flights have been announced.

The Spring Orientation is scheduled for April 16th, at the Hotel Kirkwood. More info to come.

Honoring the service of WWII, Korean, and Vietnam War veterans of Eastern Iowa

The mission of the Eastern Iowa Honor Flight is to provide veterans with a “once in a lifetime” opportunity to visit monuments and memorials built in their honor for the sacrifice and service they made for our freedom.

All veterans are encouraged to apply. Priority is given to WW2 Veterans, Korean War Veterans, and Veterans with catastrophic illness followed by Vietnam Veterans and Veterans from other conflicts. Even if you did not serve in combat you are still eligible to apply. Our mission is to take every veteran who applies. Due to a large waiting list please apply only once, your applications are kept on file.

The Eastern Iowa Honor Flight accepts applications from veterans in Benton, Iowa, Jasper, Jones, Johnson, Linn, Marshall, South Tama, Poweshiek and Washington Counties. Veterans from surrounding areas are welcome if they are able to fly from The Eastern Iowa Airport in Cedar Rapids.

As 2022 comes to a close, the Eastern Iowa Honor Flight Board of Directors would like to recognize the many volunteers it takes to accomplish the goals of our mission. Without these dedicated volunteers we would not be able to thank our Veterans and give them the “Welcome Home” they never received with their discharge from the Armed Forces.

Until our first Honor Flight of 2023

The Gazette is a proud media sponsor of the Eastern Iowa Honor Flight organization. Look for preview and coverage of 2022 flights in your daily newspaper and online at www.thegazette.com 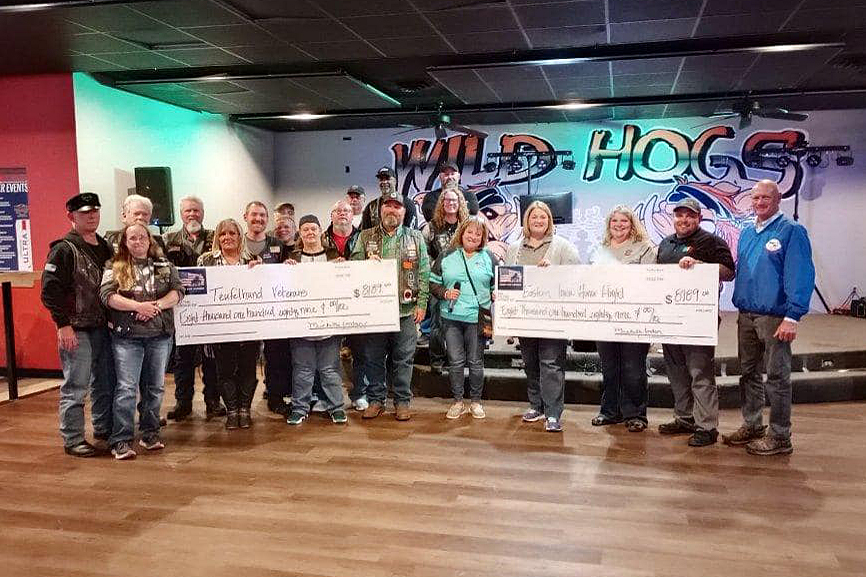 Recent donations. Click on a name to visit the donation page